Home > Liquidation > Powers of the Liquidator 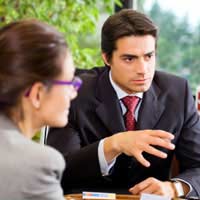 The liquidator is a trained accountant specialising in the liquidation of insolvent companies. With this appointment come certain powers that enable the liquidator to carry out his duties, meet the needs of the secured creditors and oversee the termination of the struggling company. These powers are quite frightening if you are a company facing liquidation, but remember the liquidator is trying to find an acceptable outcome for everybody.

You need only worry if you have committed fraud, illegal trading, or taken part in unscrupulous activities that have led to the demise of your company.

There are certain powers that you would expect the liquidator to have, such as taking over the director’s role with all the responsibility that it carries with it, and the power to carry out the requests of the Courts and the Creditors. Apart from that there are other far reaching powers that they have and can use if necessary.

They can also detain anyone who they feel has information regarding the insolvency of the company and if they find any illegal or suspicious circumstances they are required to report them to the Director of Public Prosecutions (DPP).

The liquidator has the power to overturn the sales and recover the property or goods where directors have sold, transferred or sold assets with the sole purpose of hiding them from creditors. In the case of loans made to the directors the liquidator can also order that the money is paid back in full to be distributed to the waiting creditors. If the directors are found guilty of any wrong doing, illegal trading or hiding of assets, the liquidator will go after them personally for the debts of the company, even to the point of personal bankruptcy orders being made against them. There are also orders put in place that prevent the directors from starting, owning or serving on any existing or new company for a set period of up to fifteen years.