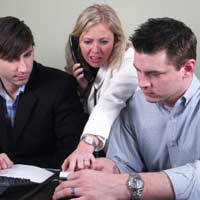 Liquidator control is assumed when a business goes into liquidation. The directors of the ailing company relinquish control to the liquidator who then essentially oversees the business until it winds up and the secured creditors are paid.

Once the Liquidator has control of the company they will control everything from staff, bank accounts, trading and creditors. It is their job to ready the company for winding up procedures. They do this via a number of ways. The liquidator will need approval however, before exercising any of his powers from the liquidation committee. In some cases there is no committee appointed and then the final decisions fall to other official bodies. Under certain Types of Liquidation the liquidator does not need the permission of any governing body and can go ahead and do whatever they deem necessary to facilitate liquidation.

Under all circumstances the liquidator does not need permission to: sell the business; use the assets as security to raise essential funds, or secure a solicitor to act on behalf of the ailing company. Should a decision need to be made that the liquidator deems urgent and a meeting of the committee cannot be arranged fast enough the liquidator can act and then present his case to the committee at a later date for approval.

When the liquidator is put in charge it will fall to the liquidation committee to agree what the fee should be for the services of the liquidator. These charges will be met by the liquidation of the assets. Sometimes the creditors disagree with the fees and want them reduced, (never raised), and again can petition the courts for a reduction if they feel that the amount the liquidator will receive greatly reduces the amount of money that they receive as payment of the company’s debt with them. The court has the power to reduce the amount.

Ultimately, although it may appear that the liquidator has complete control over the liquidation process, he in fact does not. The overall control of the liquidator is governed by the Department for Business Innovation and Skills (formerly the Department of Trade and Industry) with regards to finances and to the liquidator committee with regards to the running of the business. All money raised from the sale of assets or property has to be placed into a specific bank account at the Bank Of England called an Insolvency Services Account within the legal time frame of fourteen days. Any money that has not been shared out amongst interested parties within a six month period will also be deposited in this account. Detailed records of all transactions and decisions will be kept and inspected by the courts and other involved parties during, and following administration proceedings. In certain circumstances the courts will deal with the division of funds and not the liquidator.
Next Page