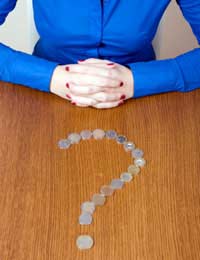 If you are facing a creditors meeting situation then you will have already been presented with a demand for payment from your creditors. This demand is called a ‘Statutory Demand’ and must be for an amount above the base line of seven hundred and fifty pounds, debts less than this won’t be counted.

Once you have received this demand you have a time limit of twenty-one days to make the payment in full, failure to do so will result in further action.

This further action will take the form of the creditor petitioning the court for a ruling. This ruling is called the ‘Creditor’s Petition’ and once granted the official receiver will be called in. It is as that point that a Creditors Meeting is arranged. You won’t receive the creditor’s petition if you filed for bankruptcy yourself, but the official receiver appointed to oversee your bankruptcy has a period of three months to call a meeting of your creditors on your behalf.

As you can see there is a possibility that a creditors meeting can be called whether or not the bankruptcy is individual or for a company. The purpose of the meeting is to put a frame around the bankruptcy so that everyone knows what to expect and when. For instance, the meeting will determine the best way to handle the bankruptcy and to establish a cause, determine the total cost of the bankruptcy, decide if there are any circumstances that need investigating and appoint a person to oversee the process to conclusion.

The members present at the meeting will all have been invited there by the Administrator, along with his proposal (which includes the Statement of Affairs) and a proxy form. This package will include details of all the outstanding debts, creditors, financial standing, a proposal for paying the debts back and other relevant information.

The creditors must return the form with details of who is attending the meeting on their behalf and their voting preferences for chair person. Also included in the proposal will be a ‘proof of debt form’. This form must also be returned along with proof that the debtor owes you money. This proof could be in the form of an invoice, loan agreement, order form or any other proof you have. Without this proof the creditor won’t be counted as an official creditor and will be excluded from the meeting.

The creditor meting can be hard on the debtor as the creditors are attending with the sole purpose of securing their money. They will ask hard and probing questions to get answers as to why the situation happened. They are not there to make friends so expect to feel uncomfortable and even ‘grilled’ by the members present. You are not the only one who will have to answer questions, the receiver will also have to answer questions and show that you are trying to sort out the problem and offer solutions to the debt. If the creditors accept the proposal set out to them then the bankruptcy will go ahead, but if they reject the proposal then the court will not grant the petition.
Next Page