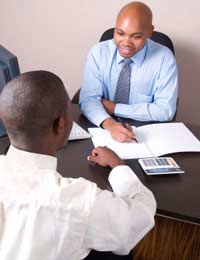 Administrator investigations are carried out when a company gets into financial trouble and can’t pull itself back out. At that point an administrator may well be appointed by the courts to oversee the company. Their aim is to save the company from bankruptcy, but if that is not possible they will wind-up the company and sell the assets in order to make full or partial payments to all secured, or preferential creditors. The secured or preferential creditors are normally, banks, creditors who have been given security to secure loans etc, and employees.

How is an Administrator Appointed?

When an administrator is required there are several ways that one can be appointed. The following are the usual ways:

After the administrator is appointed their primary goal is to get the company back into the black and trading again. When a company goes into administration, it is a misconception that an administrator’s job is to wind-up the ailing company; they will only do this if the company cannot be saved. One of the first jobs the directors of the company will have to do is supply the administrator with a Statement of Affairs, complete with the sworn affidavit (done in the presence of the solicitor or court official). If the administrator feels that one or more of the directors has acted in such a way as to harm the company or mislead creditors to obtain funds he will inform The Department for Business Innovation and Skills in order to have the director disqualified from their position within the firm.

Once the creditors have accepted the proposal, any changes made must be reported to them and a further meeting called with fourteen days notice being given. Once the creditors are happy with the proposal they are within their rights to then appoint a Creditors Committee to oversee the administration process and ensure that all the points are met. If any creditor feels that they have been treated unfairly they may petition the court for an order regulating the way in which the administrator acts from that point forward until the process reaches completion.

The administrator fee is agreed in one of three ways, based either on time taken to reach conclusion, or on a percentage of the assets:

If the administrator is unhappy with the amount he can petition the court for review. Every six months the administrator must produce detailed accounts of all his expenditures to both the Creditors committee and registrar of Companies. After he has finished the process, and within a two month time frame, he must produce complete records for perusal by the above parties.