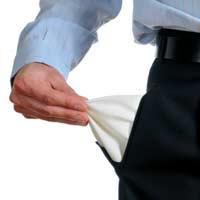 When a company faces financial difficulties and is facing bankruptcy then the official receiver, also called the administrator, will often be called in. This is called going into administration. The administrator’s job is to try to rescue the company and get it back to profitable trading.

After the preferential creditors have been paid the receiver will then look at paying back the other secured creditors. These are lenders that have lent money to the company on the strength of the assets it was secured on. This security guarantees payment. If you are not making payments the receiver will make sure that the debt is paid back. If the creditor has taken steps to engage the administrator to recover their debts, then only their debt will be dealt with.

Going into administration can give an ailing company some space to pay its debts. The court can suspend payment to the creditors giving the administrator time to sort out the company. This could be by selling assets (often called liquidating), selling part of the company or selling the complete business to raise capital. The chances are that the administrator can save the company but it may not survive in the way you expect. Sometimes in order to succeed a business needs to change, evolve or merge. It also means that the company cannot fold or be wound up without the permission of the court.

A company can collapse for a number of reasons. Just because a company goes into receivership does not mean that you are not cut out to run a business or are bad at what you do. Many companies go into receivership due to outside influences such as a customer not paying their debt to you. This of course then has a knock on effect because you still have bills to pay, landlords, employees, suppliers and creditors.

If you think you are facing problems get legal advice as soon as possible. Don’t leave it until it’s too late or carry on trading regardless, doing so could result in you being accused of wrongful trading – increasing your debts knowing you can’t pay them back. The solicitor you should approach is one that specialises in insolvency law. They will know the process and be able to prepare you for what is going to happen. The solicitor will also be able to advise you on outstanding payments from customers who haven’t paid you. It may be that a legal letter is enough to make them pay, thus solving your problems.

If things are spiraling out of control then taking early action is essential to avoid going into administration. If you’re having problems, act now!