Home > Liquidation > What Does a Liquidator do?

What Does a Liquidator do? 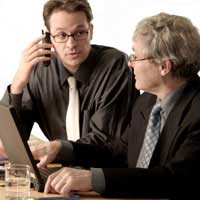 A liquidator is a fully trained accountant and a registered liquidator, either working via the court or independently. Either way it is their job to dismantle a company to its bare bones and then wind it up, paying off creditors in the process.

Liquidation occurs when a company can no longer function financially and is deemed insolvent. It can also be liquidated when all the directors want to end the company and cease trading, whether they are solvent or insolvent. The liquidator has set guidelines to work to.

When the liquidator is appointed he assumes the role of the directors and their powers are transferred to him. The liquidator also has powers of his own that come with the job, enabling him to do things that the directors don’t have the power to do.

The ultimate aims of the liquidator are:

Once a company goes into the liquidation it is the sole aim of the liquidator to terminate it. They are not like the official receiver whose job it is to save the company; a liquidator literally liquidates the company permanently. The liquidator freezes bank accounts belonging to the company, terminates all employees except for essential workforce needed to aid liquidation, especially if the company is to continue trading through the process.

If the liquidator discovers during his investigations that the company has been trading illegally they can have charges drawn against the directors who will then become personally liable for the debts of the ailing company.

The liquidator takes into account the claims of the Secured Creditors. Any money raised will be paid to them before any other creditor. However, if there is money left over after the secured, or preferred, creditors have been paid then the liquidator will divide any other monies between unsecured creditors and shareholders equally. Creditors may not realise the full amount of the original debt but they will get more than if the company didn’t liquidate. There are a set of criteria that the liquidator must meet when dividing the assets between creditors and they are as follows:

These are the priorities of the liquidator and they will not be deviated from unless directed to do so by the courts.