The Disadvantages of Becoming Bankrupt 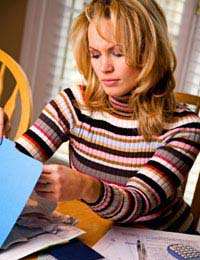 Although bankruptcy is a solution to serious debt problems, there a lot of disadvantages to consider before taking the plunge. If you are considering emigrating and want to go bankrupt to solve your financial situation before you move, think again. You will not be considered for immigration to another country if you are a registered bankrupt. A good financial counsellor should point out all the pitfalls.

You home will be sold if you are a homeowner, along with your car if it is of value. Valuable personal belongings will also be sold to raise capital. Also, bankruptcy can affect your Relationships or marriage irreversibly.

Your Credit Rating will be damaged for at least six years after dismissal making it hard to open bank accounts, or apply for loans. Additionally, Some companies may not allow bankrupts to work for them. If they do, chances are that you will lose your chance of promotion to positions where trust is needed.

Your details will be published for everyone to see. Your identity will not be kept secret. There is a huge stigma attached to being Declared Bankrupt. As it is advertised in local and national press the chances are that someone who knows you will read about it and in small towns word can travel fast. This not helped by the fact that you may have to appear in court where you will be publicly examined over your debts and how you incurred them.

If you own a company it will be sold and your employees sacked in order to raise money from your assets. Being dismissed does not mean you are totally free. If you were difficult or obstinate with the official receiver they can apply for a Restriction Order to be placed on you lasting anywhere up to fifteen years after your original bankruptcy. These are very restrictive orders and limit your finances even further while they are in force.

There are certain jobs in public offices that you cannot apply for - such as an accountant or solicitor. If you are regarded as a professional in the community you may lose that status.

Your bank and building society accounts will be closed and all your store and credit cards will be taken off you. You can't apply for loans for more than £500 without having to reveal your bankruptcy status.

As you can see, there is a downside to bankruptcy despite that fact that you can be debt free in a relatively short space of time. It's these far reaching implications that need to be considered carefully before filing for bankruptcy. Make sure it is the right decision for you.

Remember, there are other Options to try before opting to go down this route, albeit more expensive ones. Although it will also cost you money to file for bankruptcy - anything up to £500 pounds is possible.