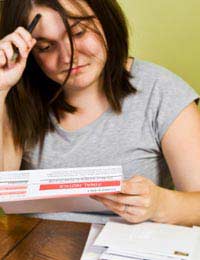 If you thought that bankruptcy was predominantly a male trait, perhaps it is time to think again. According to recent studies, record numbers of women are struggling to keep themselves financially afloat.

Women now account for 40% of all bankruptcies. Perhaps more worryingly, most financial experts are divided as to the reasons behind the increase in female bankruptcies. According to The Insolvency Service, the number of women in the UK declaring themselves bankrupt has risen more than fivefold in the past decade. Their latest figures reveal an increase in insolvencies of 28% in the past year alone.

So what’s causing the sharp rise in bankruptcies among women?

The Contributing Factors Towards Insolvency

According to some insolvency experts, the surge in debts and insolvencies is put down to ‘irresponsible spending’. Other experts argue that women are being driven to insolvency by pay inequality compared against men, rising levels of unemployment and the exorbitant costs of childcare.

Younger women are finding keeping their financial heads above water increasingly tough. According to the statistics, those between the ages of 25 and 45 make up almost two thirds of all female bankruptcies. As well as filing for bankruptcy, women are also taking up other official debt solutions in greater numbers, particularly the popular new debt relief orders and individual voluntary agreements.

The Costs of Divorce

Recent studies have shown that on average, divorce tends to leave men richer, but leaves women in a poorer financial position than when they were married. The Institute for Social and Economic Research discovered in 2009 that men were found to be 25% richer five years after divorce, whereas women’s incomes fell by 20%.

Of course, some analysts have pointed out that in many cases bankruptcy cannot be attributed to divorce or poverty, but to financial mismanagement - highlighting examples of high profile ‘celebrity’ bankruptcy cases, such as with former millionaires Kerry Katona and Mica Paris.

Living Beyond Their Means?

Many experts argue that the figures demonstrate that increasing numbers of young women are running high levels of personal debt caused by trying to maintain lifestyles that their incomes simply cannot afford.

Women’s rights organisations, however, have countered this argument by claiming that women, instead of being profligate or financially naive, are instead suffering from earning less than men, and having lower earnings potential as a result of single parenting and taking career breaks to have children.

Research by the Equal Opportunities Commission back in 2004 discovered that breaks from work to care for children or relatives accounted for almost 15% of the pay gap between women and men. Furthermore, when it comes to rising unemployment, women who are put out of work find it more difficult to find alternative employment, and also have fewer savings than men, meaning that they are forced to claim benefits more quickly.

Counting the Cost of Budget Cuts

Rising unemployment is a significant reason for the increase in insolvency among women, and experts believe that the figures will get worse once public sector job cuts begin in earnest. Women are twice as likely than men to work in the public sector, with four out of every ten women employed in public sector occupations, such as teaching and nursing.

Whatever the reasons behind the increase in insolvencies, everyone (male and female), can help themselves by living within their means, scaling back on their spending and also taking out unemployment protection if they are worried about redundancy.

The new 'age of austerity' means that everyone has to cut their cloth accordingly if they want to emerge from this recession with their finances intact.