Home > Becoming Bankrupt > The Impact of Bankruptcy on Your Future

The Impact of Bankruptcy on Your Future 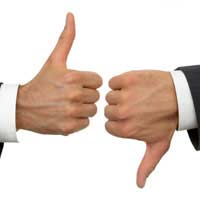 After the credit crunch, and with the UK sliding into a severe and long-lasting recession, bankruptcies are on the increase. But what are the implications of becoming Bankrupt and how could it affect your future?

How Long Does Bankruptcy Last?

Although it carries with it a degree of stigma, bankruptcy itself usually only lasts for twelve months. In that time you will be officially known as an ‘un-discharged bankrupt’. This means that your financial affairs have been placed under restriction, and will remain so until you are formally Discharged.

Many bankrupts are also expected to pay a monthly sum towards their debts. An Official Receiver (OR) is appointed to your case and, after undertaking a thorough review of your income and outgoings, they will determine how much you will be required to repay, if anything.

If you are considered to have complied with the rules set by the Official Receiver (OR), you can be discharged from bankruptcy within a year, although you might be expected to continue making repayments for up to three years.

However, if the OR believes that you have behaved dishonestly during your bankruptcy (perhaps by applying for more credit), they can ask the court to restrict your financial freedom for anything up to 15 years. Therefore it pays to keep to the rules of your bankruptcy agreement, and stay on good terms with your Official Receiver.

What Happens to Your Pension?

If you are declared bankrupt, you do not have to worry that your pension will be taken away from you. Since 2000, any pension scheme approved by HM Revenue and Customs is officially excluded from a bankrupt’s estate. This means that your pension remains yours whatever happens.

However, if you start receiving income from a pension during your bankruptcy period this could be counted as income when the Official Receiver calculates your income.

Will You be Able to Get Credit Again?

Being declared bankrupt is a significant black mark against someone, because it demonstrates a history of taking out credit and being unable to repay it. After being declared bankrupt, most people will not be able to obtain the most competitive credit deals available to most customers.

Once a bankruptcy order has been placed against you, it remains on your credit report for a period of six years. During this period, if you apply for credit, the lender will see the bankruptcy order on your file and chances are they will either refuse to lend to you or offer you a much higher rate of interest.

Once the bankruptcy order is more than six years old, it can be removed from your credit report and after this you should find it considerably easier to obtain credit. You are legally obliged to declare your bankruptcy on loan or mortgage forms if asked to do so.

Will Bankruptcy Affect Your Career?

For most people, although they are obliged to inform their employer of their insolvency status, being declared bankrupt does not have an impact on their career. However, while bankrupt you will be automatically excluded from a number of different jobs, such as working as a company director or an MP. Once you have been discharged this is no longer the case.

Is Bankruptcy the End?

Make no mistake about it, declaring yourself bankrupt is never the soft option, or something to be taken lightly. It often has a permanent effect on the people who experience it. That said, undergoing bankruptcy is by no means the end.

Bankruptcy is an opportunity for people to give themselves a fresh start, and the lessons learned can help people to emerge wiser and more financially aware than they were before.