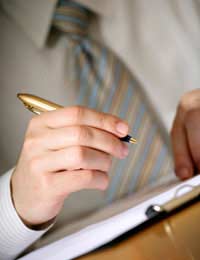 Individual Voluntary Arrangements (IVA) have become increasingly popular in recent years, as a simple way of dealing with personal debt problems that have got out of hand.

In order to comply fully with the terms of an IVA and to be released from the agreement, then you are legally required to make planned agreements towards your debt for a period of no less than five years.

When You Can No Longer Pay Your IVA

Some people however, find that after starting an IVA they are no longer able to continue making the repayments. Perhaps they have lost their job, have less income coming into the household, or their financial circumstances have worsened, meaning that the payment levels set out in the IVA are no longer manageable.

If you have started an IVA but are no longer able to keep up, then you may consider taking the step of trying to cancel the agreement and declaring yourself Bankrupt.

Deciding to Cancel the IVA

Once you stop paying your IVA you will be in breach of your legally binding contract with your creditors. By stopping the payments your full unpaid debt (dating back to when the agreement was made) will still be outstanding.

Once this happens, your Insolvency Practitioner will decide the best options available to you.

For example, if you are a homeowner, then you could lose your home to pay off your debts – something that you would have avoided if you had kept up with the terms of the IVA.

If, however, you are not a homeowner, then it is likely that the insolvency practitioner will simply allow the IVA to fail. You will then be given the option to make your own arrangements to repay your debt in full. You can then either choose to undertake a debt management plan or to apply for a formal petition of bankruptcy.

People who find themselves with a failed IVA but with no home to forfeit usually opt for bankruptcy. This is because the debt burden is taken away immediately, without the fear of losing their home.

The insolvency practitioner could also recommend, or even force, you declare bankruptcy even if you do have a home to lose.

After all, their job is to ensure that your Creditors are repaid the money they are owed, not to help you avoid repaying your debts or to keep a roof over your head.

Money Already Paid into an IVA

If you have already made payments to the IVA, it is worth bearing in mind that these payments will not contribute towards the debt you owe.

In fact, you could find yourself being forced to pay additional fees for having the IVA terminated. These fees are usually taken from the money paid in, but if you have not paid enough you could find the insolvency practitioner added to your list of outstanding creditors.

As an IVA is a legally binding contract, it is an agreement that should never be entered into lightly. You should only agree to an IVA if you feel confident that you will be able to continue with the repayments over the full course of the agreement.

Effects of a Bankruptcy Discharge